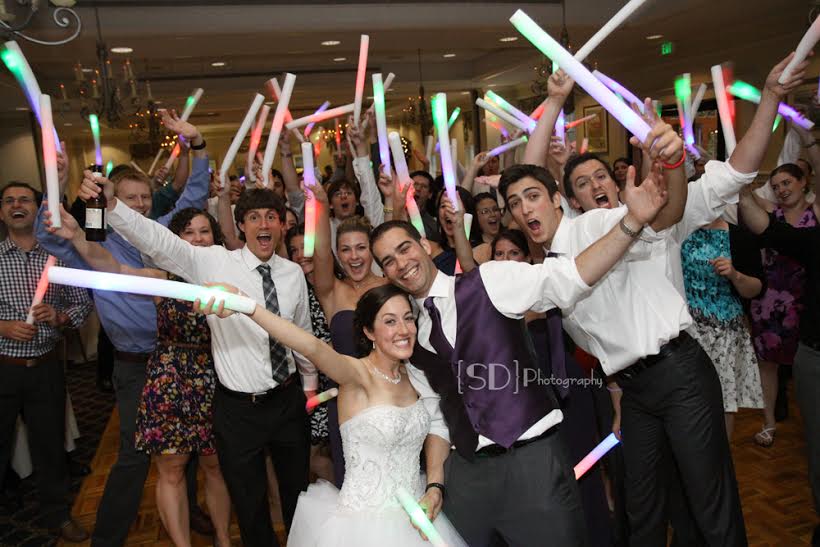 On Saturday, June 27, 2015, Jessica Lynn Hooker and David Michael Prisco exchanged vows and became husband and wife. Every wedding celebration is unique. Jess and Dave’s was no exception and Collins Entertainment was there to provide a fun atmosphere! They had a 1:00pm ceremony at St. Andrew’s Catholic Church  in Colchester, CT. Sacha DeSouza from {SD} Photography was there from beginning to end, capturing every special moment. Marilyn Sicord and her team were prompt with their service and very accommodating at The U.S. Coast Guard Academy Officer’s Club located in New London, CT. 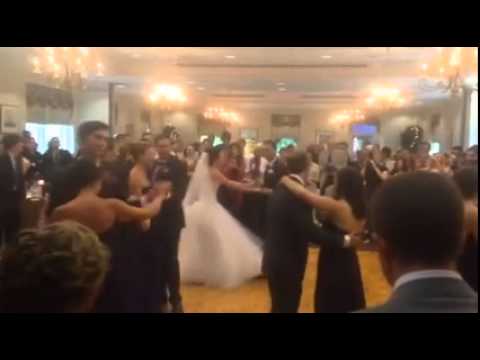 Each member of the wedding party had there own introduction song specific to their personality! The new Mr. & Mrs. David and Jessica Prisco we greeted by their friends and family.

They immediately went into their first choreographed dance to Michael Bublé‘s “Everything.” Here is the footage! They cut their cake to James Taylor‘s “How Sweet It Is (To Be Loved By You).” Jess and her father chose Steven Curtis Chapman‘s “Cinderella” for the Father/Daughter Dance. Dave invited his  mother out to the dance floor to Louis Armstrong’s “What A Wonderful World” for the Mother/Son Dance. All the married couples joined Jess and Dave on the dance floor to Kenny Rogers‘ “Through The Years” for the Anniversary Dance. The single ladies quickly made their way out to the dance floor for the bouquet toss. The song chosen was Beyoncé‘s “Single Ladies (Put A Ring On It).”

One of many great moments of the night was when Jess, Dave and I planned a “fake” garter toss. Instead of a garter being removed, Dave removed a giant LED foam glow-stick and it started off the dancing. Immediately after, my assistant, Scott Halloran and I passed out glow sticks to all of the guests to join in for the dancing! It was a high-energy celebration that I was honored to be part of! The evening came to a close with a Sparkler Send Off to *NSYNC‘s “Bye Bye Bye.”