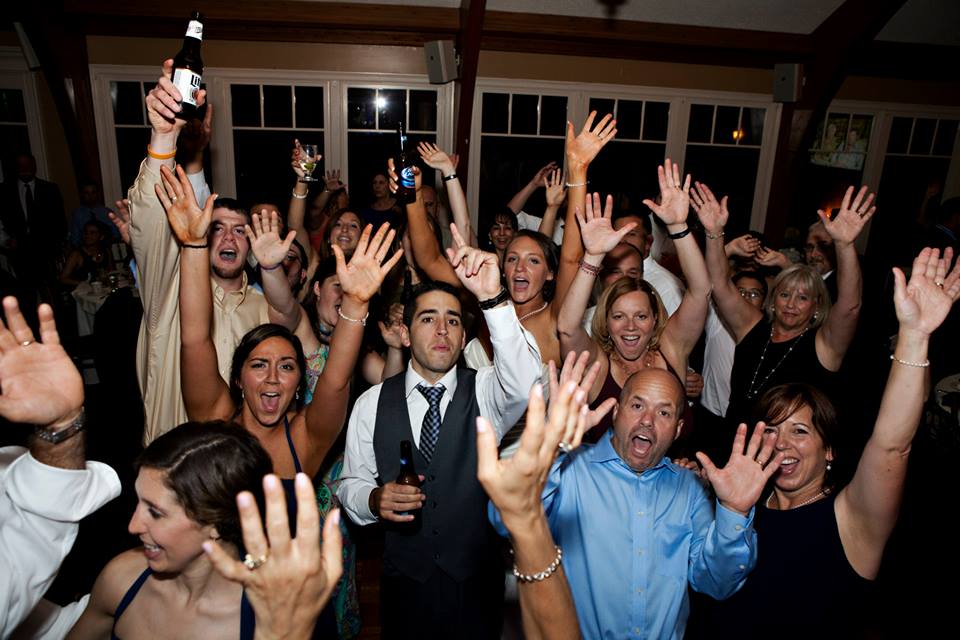 On Saturday, June 20, 2015, Andrea Buck and Max Spelman exchanged vows and became husband and wife. Collins Entertainment was there to join them in their celebration! Their wedding ceremony was held at The Harkness Chapel at Connecticut College. They reception took place at The Great Neck Country Club. Brian Langley and his team provided exceptional services and wonderful entrees. Erica Wright Photography was there to add her personal touches to every snapshot. She was wonderful and easy to work with!

The introductions set the tone of the evening with the high-energy song “Shipping Up To Boston” by Dropkick Murphys. All the members of the wedding party were cheered on as they entered the reception. There was a massive eruption of cheering and applause once “The New Mr. and Mrs. Max Spelman” rushed in!

Max and Andrea’s first dance as husband wife was Brad Paisley‘s “Then.” Once the toasts were underway, Best Man Robb Gingerella raised his glass to Max and Andrea with his toast followed by Maid of Honor Sabrina de Oliveira’s. Andrea and Max took the first cut of their wedding cake as Nat King Cole‘s “L-O-V-E” captured the moment. It is one of my all time favorite songs!

Andrea came out to center of the dance floor where dad joined her for the Father/Daughter Dance. The song chosen was Rascal Flatts‘ “My Wish.” Max joined his mother in the center of the room immediately after for the Mother/Son Dance to Lee Ann Womack‘s “I Hope You Dance.” Friends and family were surrounding them both for each dance.

The dance floor was packed and no one left the floor from beginning to end! Max and Andrea chose “Marry Me” by Train for their last dance. One special moment of many was when “Piano Man” by Billy Joel was played after the last dance. Friends and family were nice and tight around Max and Andrea chanting the chorus of the song! It was a celebration I will never forget!

Max said prior to his wedding that he “wanted people to leave feeling exhausted” from dancing. His wish came true! All the best to Andrea and Max for a lifetime of happiness, love and laughter together.

Andrea said…
My husband and I found Jim on this website and we live about an hour from Jim. Jim offered to meet with us via Facetime since our schedules were so hectic between work and my school. Jim gave off a good vibe as soon as we met with him and his personality, professionalism, and knowledge really sold us. Throughout the planning process Jim communicated with us via Facetime, phone calls, and emails to ensure that all of the details were covered. Jim’s website is incredibly organized and helps you plan every last detail possible at a reception. He even has a page that allows you to state which songs you definitely, maybe, and do not want played at your reception, which was very unique! At our reception, Jim was an amazing DJ and an amazing emcee! He was personable and had everyone organized and in their places prior to each dance/event. Jim had EVERYONE dancing the ENTIRE night — even between courses! People were asking us at the end of the night to plan our 1 year anniversary party already and to have Jim DJ again! I would absolutely recommend Jim to DJ your wedding without reservations!! If I could do it all over again I wouldn’t change a single thing! THANK YOU JIM!